In our physical civilization, science tells us that time is the 4th dimension. Other sources (highly speculative mystical ones) are talking about this 4th dimension as some “place” from where other entities are telling stuff to certain people. Or just the 4th dimension is where we are heading to. It can be related to channeling or talking with others from the non-physical, it doesn’t matter. I would leave science alone because the time topic is also misunderstood.

In short, there are no plus dimensions, we are the ones who have limited thinking for physical life, which is necessary. We tend to think in dimensions because this is how our non-physical mind (no, our mind is not the brain) tend to categorize things out of our worldview.

There are many people these days who are rushing into these nonsense sources, forums, and books where others are telling them that there are other numerous dimensions that others will believe. Because these “facts” are founded well with mystical concepts and something which can be selled like big fairy tales. Many public speakers are clearly believing in these, that from a certain dimension, certain entities or races are speaking to them, to us.

In short, many people believe nonsense stuff because it is magical and bombs them out from the cruel daily life.

I will tell you how it can be a false mystical nonsense and that it can be real to some degree but it is only real to a believer. At least as a belief itself and not for real. A belief can be strong but it will not create so much.

The 4th Dimension is just our concept!

Trust me I was there way before I started to learn and understand anything non-physical related and I could prove or discard most of the stuff for myself. I was there when I needed to believe all this nonsense about Pleiadians and Arcturians and all that stuff and then, I needed to forget it all because these are fairytales. I mean I wanted to understand all of these but it doesn’t worth it. People are selling false hope and nonsense. 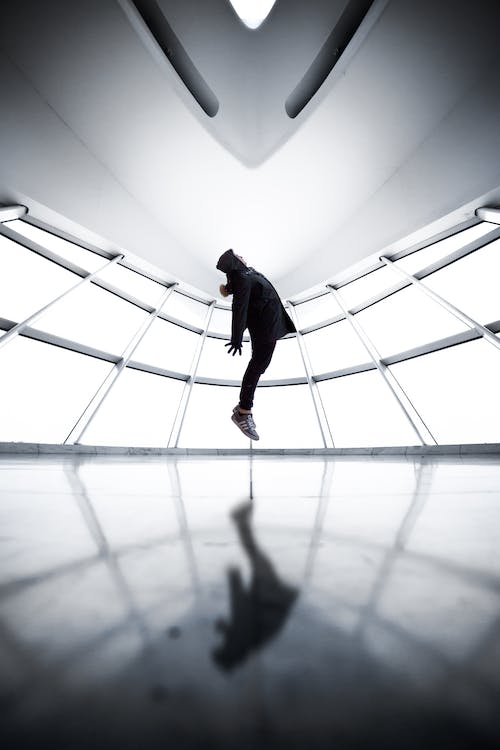 Simply put, people want to feel special enough to have a virtual conversation with other races. It is a sort of escapism. And some have it but they have it with their own “subconscious”. Yes, our mind is that powerful. In the non-physical world, you can meet with your beliefs in person! Not kidding.

I need to admit that indeed some entities may have a personal agenda, maybe groups but who cares? All of these pieces of information are misleading people totally and chasing them into false hopes and promises.  We are not heading towards a 4th or 5th dimension at all. These are false promises and metaphors. We are simply starting to be more aware. That perhaps the outside world is not that real or the only thing. The outside world is a projection of us, not an “only” thing. We are trying to conceptualize an end result of consciousness, which we have been creating for eternity.

Okay, it can be a good thing to feel safe, secure and special but everybody is special. Most people who want to play the role of a messenger, a hero or just to feel special are all the kids who grew up with a bad family background or tough childhood. They are maybe too unstable mentally. Also, people are in this group who didn’t get proper parental care. This is their life lesson.

There are no other dimensions, just the non-physical and physical systems!

This is a fact, I can assure you if you can use intelligence, critical thinking without accepting everything the first time you can dig deep into this. Start with this site and start with your dreams. You already had a whole multidimensional life in your whole life. Most people never pay attention to this aspect of their whole life. You can investigate all of your answers over years and decades! The tools are here and everywhere. Don’t accept what others are saying… this is business for these people or to lead a cult.

For me, I was always a “lucid dreamer” which means that I needed just a little effort to realise that I was in the non-physical the whole time each night. Furthermore, we never left the non-physical world from where we are focusing our narrow-banded primary attention to live physical lives. We are everywhere, we just didn’t notice it yet. I mean most people because they are just incapable of doing it. Most people don’t want to. And some of us can and want to. That’s okay.

The 4th dimension with all the other concepts are just a way to grasp the idea of our multidimensionality. Unfortunately, this whole cult is not going in this direction that much, rather into the alien topic. Like somebody would save us from our stupidity.

Actually, if you read the Focus Model articles, it will help in this. We created these physical Universes or realities, like this one where we are right now to experience limited stuff. This dimension “belief” is a good idea to understand this but from a very age-old and misleading, distorted mystical side from our human history. We are trying to understand time also in the same manner. But in the end, there are infinite number of physical realities which are stemming from the non-physical. We know this surely because many people like me experienced it first-hand. Me? While I’m sleeping.

Most people are unable to do it because they can’t even accept the fact that dreams are not real. And most people can’t let go of their daily life, believing it is the only one and only “real”. 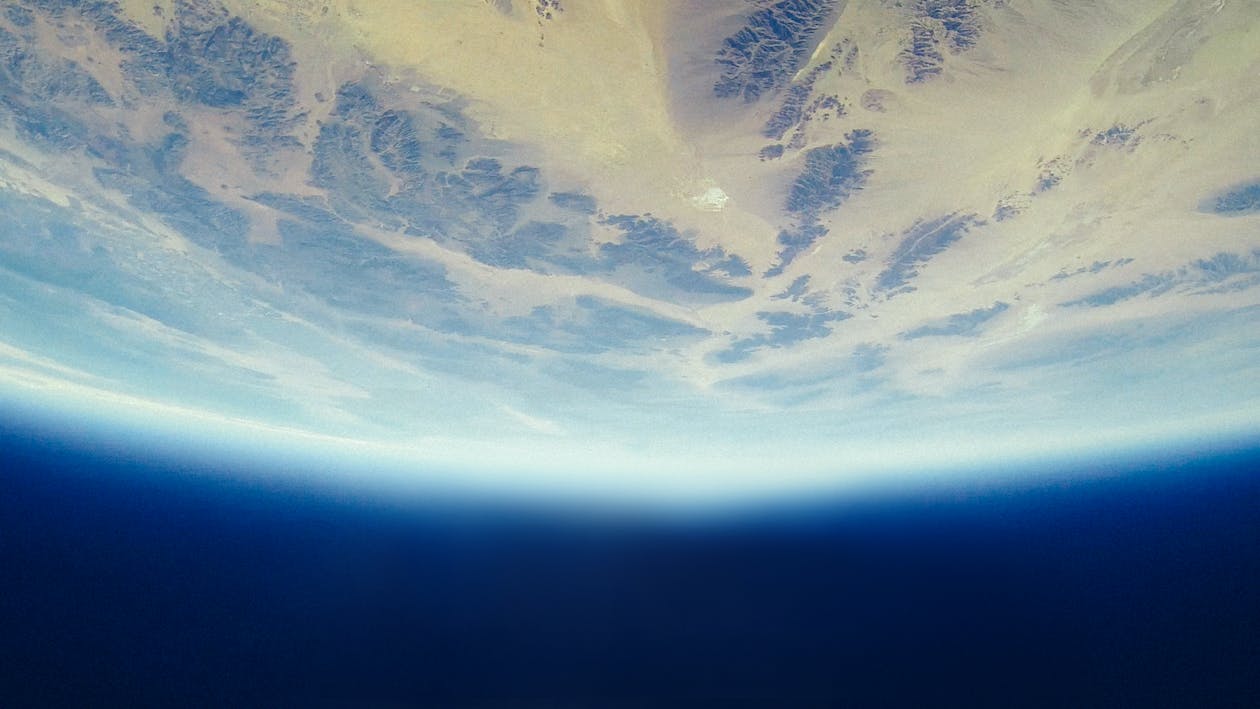 The physical reality, this one or other ones are stemming from the non-physical world. It can’t be any other way! They are composing the Wider Reality. The physical worlds are end results of consciousness. We are consciousness using a strong physical focus. At least mystical sources somehow trying to guess this notion of our basic nature but not too well. All the stuff which we learn in life is the opposite, thinking we are our body, brain, we are in it and everything stems out from this physical reality. Quite the opposite.

Entities, other races in different densities like the 4th dimension or 5th, 6th, 9th, 12th, etc.

In the end, these beliefs about dimensions are coming from most people’s limited thinking, that there are places in the distance or in other worlds where other races are trying to communicate with us. Yes, they ARE doing it sometimes. But the main thing here is that there are no such dimensions. Just that some races are much more advanced than us. Every other argument is meaningless. I mean all of these people have no clue, just parroting each other.

Linear timeframe only exists in physical realities, like ours because it is interpreted by us and we are calling it time. Time is all about the fact that one event follows another one. Without it, we can’t experience limits, we can’t collect experiences that much. You have time to learn things while you feel you are running out of time!

On the other hand, if we are talking about other races, some can travel with crafts that can be controlled by their minds and they can manipulate physical matter. But never trust anybody until you visited these entities in the non-physical. Chances are, you won’t get access to these races or places until you didn’t learn your lessons. And this one is the first one, don’t believe what others told you. Most of humanity never learns this.

The tools are also on the site if you are not lazy.

Most of these sources about alien races are quite nonsense and were for decades, some were topics even for thousands of years. The main thing is that we can find out who we are, our places as a race, how our planet and humanity began, etc. Who cares who made this civilization hundreds of thousands of years ago? Go into the NP and find it out!

But beyond these, there are just people who are telling stories and truths (which are subjective and personal only) and they are misleading naive people. They deserve it in my opinion, including myself if I wouldn’t debunk the whole thing fast. 4th dimension? It is a concept, a metaphor about something which most people don’t comprehend. And we can.

The biggest preys in this are believers, religious people who tend to believe all the nonsense which fits their worldview. Because they are always feeling powerless. Instead of this, we should take personal researches and step onto the knowing side of things. Not in a materialistic way which scientists are doing and denying anything which can’t be measurable. Take your time and learn the art of focusing your attention towards the non-physical and over some years, you can find out a lot.

The tools are there, don’t believe all the nonsense about 4th dimension and other dimensions, magical creatures and other races who want to save humanity from itself. Yes, there are all the creatures and stuff which you can imagine in the non-physical! But go there and find it out by yourself!

Thanks for reading, please, share the site and support it, thank you!