This is a general misunderstanding among people who want to learn any of them and they are washing together these practices with Telekinesis. For first, Telekinesis has nothing to do with anything “supernatural”, either Astral Projection, Out-of-Body Experience or others. Not even Dreams or Lucid Dreams. Telekinesis in our physical reality is one thing and a different thing doing it via the non-physical world. It seems to be that easy to understand but it is not. I will discuss this below.

The non-physical world is there where you are but you don’t focus your primary attention right now there into a different world. You are here right now, your attention too. This site explain this in many articles, people just should gather their energy to read them. Being able to digest and understand these is another story. In short, what you can do in your “dreams” won’t tell you that you can do it here. We have limits here for the sake of physical life and its purpose. But you can do it in both places. Here, it is just much harder.

Each time I see that beginners are trying to understand Telekinesis and try to gather information from public forums, on many sites others are suggesting to learn Astral Projection. The main problem here. Hence the mystical misleading label, as usual, it has nothing to do with it. Except for ONE thing, learning to concentrate more on one thing. At least this is the only thing.

Science thinks still today that it is supernatural with everything else, which comes under the same umbrella, like clairvoyance. So laughable, AP, OBE, other things are washed into the supernatural or paranormal category and calling them abilities. I mean besides the real abilities. Thus most people in our civilization already “know” that these are supernatural. I mean they don’t know so much at all, not even about what dreams are. I like science but the way they think and take their assumptions is crazy. This is how humanity works, we don’t get it, we will push it under the rug of “not real”.

Don’t take anything what I said personally. I try to share the real deal, not lies, beliefs, and misleading stuff. We are still living the dark ages with technology being available and most people are just choosing resonating beliefs. And I’m a dumb idiot sharing what I know, wearing off my eyes to educate who is interested in it. I mean, many times I feel like that.

What do I know about physical world-related Telekinesis?

From my own knowledge, I know that it is possible to do in a physical reality, like ours. You know, there are just countless ones in numbers and we created them to experience limits and development. To try out things. I’m still not quite sure about the whole process here despite the fact that I took intense researches even from others’ experiences. For years.

But to tell you, it is real and you can do it. Too many scientifically thinking people are denying the whole thing or people who are being indoctrinated so deeply about what is possible or what is real, that they will instantly deny it. Furthermore, laughing at it or at others. The other type is the religious type. Some will practice it and believe in all sorts of mystical forces, negativity, and creatures who are “helping” them. Or some will just deny it again because it is the root of all evil lol. 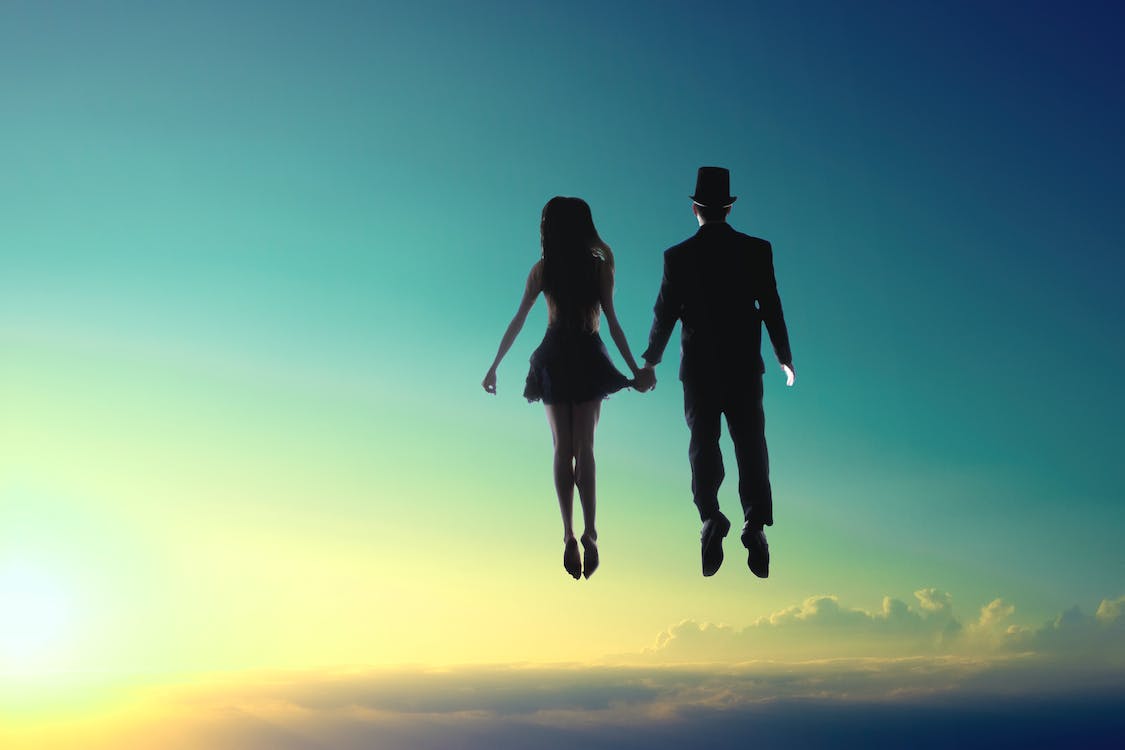 Maybe scientifically thinkers are closer into this with particle and dimensional stuff. Saying that I know too well our particle physics and finding it awesome. It doesn’t matter, everybody has their own approach.

As far as I saw that as an outsider, the most seem to be believers in this. Belief itself can fuel it or just emotions. Or both. But I’m the type who won’t believe or accept things that easily, despite the fact that everybody wants a piece of evidence. Pretty funny how these abilities are not working in public. Not because the person may be a liar but in my opinion, the whole external world will interfere with your little universe and your ability to do it. Just a possibility. In short, some are able to do it but maybe nobody will ever believe to them.

Just like my work or knowledge. Most people are not up to it or there to accept what they CAN know. I may encounter some people in my life all the time where I can share my knowledge but I will be on my own.

So in short, it is a real thing, knowing the nature of our multidimensional reality frame and structure. But it takes time to start to be able to do it. I’m not there yet and I will practice it later in my life if I can concentrate on it. And for many, they watch too many Hollywood movies and read comics, playing games too often. The sense of their reality is not so “normal”. But it is their way. Actually the wider reality is subjective.

What does it take to be able to do Telekinesis in the physical world?

In short, as I already stated before, you need a lot of concentration. Just like staying aware with Astral Projection. Or just trying out phasing and using mental imagery which is already about paying attention towards the non-physical world. I’m not pointing out beliefs and believing in it because your expectation is already doing the job in both worlds. In your dreams or non-physical life, almost instantly. If you have a belief block “there”, not so instantly.

Doing Telekinesis most of the time is about allowing it to happen. This confuses me until today after years trying to wrap my mind around it because I still didn’t practice it. For some, it will take some mental visualization and then allowing it to happen. This could happen because the non-physical world is right there where you are and physical structures are coming from there as a projection. Pretty interesting that the approach is not just only one way but could be on the same basis – you, consciousness.

And some can do it via beliefs and emotions. I’m not sure who is right in this. Then others need some months or a few years because they are developing their concentration skills too. Just like meditation where you are clearing your mind.

And finally, I can’t be ever sure about who is lying for fame and who isn’t lying. If you can learn one thing in human life, that is about not accepting what you are hearing or seeing from others because they can lie to you. From fear, fame, feeling special, to make money on gullible people, etc. Try it out for first and don’t give up. We are living in a predatory world that is based on fear, greed, and money. This is why. 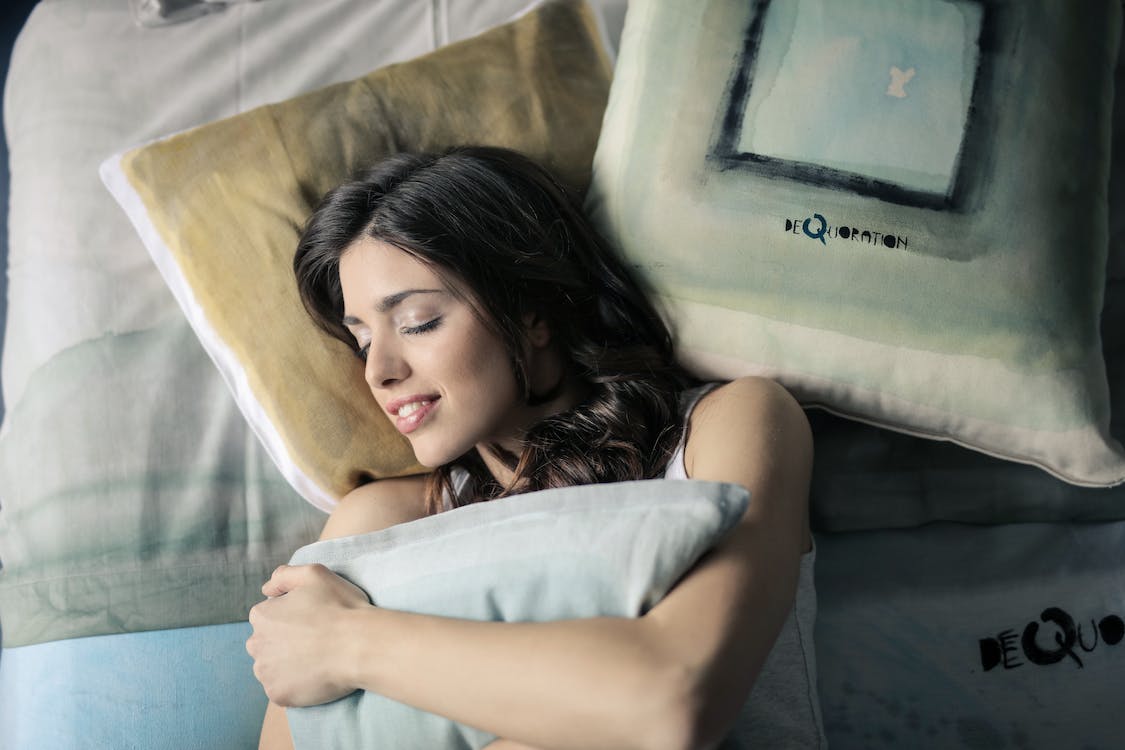 And here you are. It is possible with effort. For the most with tremendous loads of work. You are not just fighting with yourself but convincing your mind that you can do it. By mind, meaning, you, the non-physical observer, who is using a body. There are no physical rules against it. I’m not sure about mind over matter but time will tell you. Just don’t believe everything you get from the outside world. But stay curious about things. Test it out.

Why it is NOT the same at all doing it in your dreams or in the non-physical world? I won’t use the Astral Plane mystical term because it is coming from a very popular belief which people are trying to chase. It is misleading with all the popular beliefs. You are not learning a thing from it.

The NP is thought responsive, especially when you are new to it. To conscious sleeping or dreaming. Not because it will change but your development level WILL with your experiences and understanding. You will be allowed to go to places where you can behave. You can play with Telekinesis, sacring the locals but with caution.

So many people are experiencing unconscious or conscious Telekinesis there, they are illusioned that they can do anything. And they can, only there. Here, we have the linear timeframe construct with many laws and other stuff which are not allowing us to do things instantly. But still, we can do stuff slowly.

Here, in physical life, we need tremendous effort in most cases. Telekinesis is one of them. Some can do it faster, I’m not sure about their recipe. But as I mentioned above, the two worlds are intertwined and are the same in their core but we can’t do that much here without effort and focus of attention. Look at our physical Universe and the non-physical which is endless without objective rules like a superimposed dimensional overlay.

Just too many young people and who are new to Astral Projection, Lucid Dreaming and others, are trying this out there and assuming the thing that they can do it here too. You have no time delay there for this. So this is why it happens almost instantly.

But to go further into this, I see a general nonsense belief that not just science and other mediums are finding Astral Projection, Telekinesis with ALL the others are sort of supernatural and paranormal “ability” but they have no idea about the whole structure of our reality either. I mean there are these general misunderstandings and people are getting the worst assumptions about what is real or not. Or just misunderstanding the whole thing, so here you go, Astral Projection and Telekinesis.

The main idea of this article was to solve this belief that learning to AP will have the chance to learn Telekinesis. It won’t lol. It is just for a few cases, the two can be done pretty fast because the person learned to concentrate and allowing things to happen.

I could say that these are very similar according to each other but it could be that some people without having any insight are assuming this according to this general misunderstanding or lack of knowledge from first-hand, that AP and Telekinesis are related. Too many young people feeling special and being bored in life or being lost want this.

They are ONLY related in the sense that you need to concentrate and let it unfold. Only in this. Too much nonsense is in books, in Youtube videos and people don’t really care about the real deal because they want fame and money from this stuff. This is our world, the (mis)information is out there, it is just, the most is useless. And sites like mine have no fame like that because I don’t share wonderful beliefs or products which are not built on false promises. Learn another thing, people want to believe. But it won’t give the first-hand experience at all.

I hope I could help with my insight. It is real but you need to put in the work. Just like I did into this site. Support it if you can and enjoy reading here!