This post was started a long time ago and I still didn’t have the mood to write it up but maybe some people will find it interesting how the movie called Coraline (2009.) is all about a twisted Lucid Dreaming. Or Astral Projection or Out-of-Body Experience. Not in a traditional sense because as the movie progresses further in time and in events, Coraline’s experiences start to bleed through the physical world.

Okay, this is just entertainment on my site and also an informative explanation which I try to give about certain movies. If anybody reads it lol. At least explaining them and what they are all about. This one is about Lucid Dreaming or Astral Projection. You can call it on any other terms but they are the same and taking place in the non-physical world. Just one more example of how most people still can’t understand our true nature and where we are coming from.

This article is another one in the row, where I explain how real it is what is shown. Or rather explaining misconceptions and real issues about our multidimensional nature. In short, what dreams are.

Most people can’t feel dreams real because they don’t want to and they don’t work for them. Our civilization still doesn’t know so much about them and progressively closing out anything outside our control system and daily life. 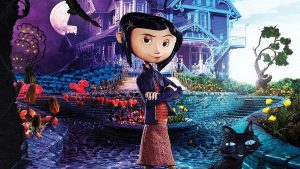 I won’t expand on our language’s characteristics but my experience is from my mother language. In short, I love this movie. It is a stop motion one so it took for a long while for the creators to make it happen. You can check this fact at the very beginning on the Movers’ van, where there is the title sign. And those two guys are real people.

About the movie, in short, a little girl, called Coraline (uniquely) is moving to another place with Mom and Dad and they are doing this from their freelancer work and for their girl. Friends are elsewhere and they are up to gardening – sort of. The girl is experiencing stuff there and they will bleed into her “dreams”.

Of course, there is a hidden door that leads her to a different world mostly in her sleep. A non-physical entity is trying to catch her with positive stuff which she normally can’t gather from her parents. Later on this one. This is very normal for kids, we tend to have dreams about stuff which we think we need or we would be happy if we had them. But does it worth it in the long run? We don’t think the way how adult people tend to. They forgot their child-like nature and that they were kids too.

The fun is there, finally, she meets her needs because Mom and Dad are out of money, they need to work hard. So you are getting a typical example of a working family where the parents are just trying to do their best to keep the family together and from what they can do for their living. We were all kids at once and I guess many are still are who are reading my site. This is normal. The parents are way different in the non-physical where she wishes for a different world with all the goods. Unfortunately, another entity serves these up without asking.

Coraline likes to be independent and she is brave. How far can she go with it in this movie? The other Mother is only feeding off on these kids in the long run. I found a twisted thing in this because I don’t get the main idea why she does all the good stuff if it clearly costs so much energy. I mean it could be just me but it is not a good investment on her part if Coraline is progressively finding out all the “miracles”. 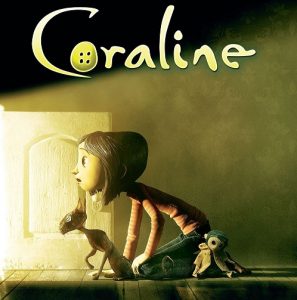 How does the movie start? The spider mother refurbishes a used doll to trap Coraline. I enjoy that French-like opening song. Okay, so I won’t tell the whole story but the main issue is about having her and giving what she normally won’t get from Mom and Dad. Typical child-thing. We want so much stuff but we don’t really realize until we grow up that Mom and Dad need to feed the family. So all the selfish needs are there when she falls asleep.

The cat is an interesting friend in this story because he can travel back and forth between these worlds. I guess the mystical aspect of cats was used up here. The cat tries to warn Coraline but even after I watched this movie 20 times, there are still plot holes in the story. This cat starts to put the pieces together what is going on there too. Look at him as a non-physical guide who doesn’t do your job but you are. On this site, you can learn a lot about these.

The little door is a representation in the non-physical towards “other worlds”. Of course, the creators used it up from the physical perspective. Everything is bad, used, old and mundane. There, everything is cheered up, nice, beautiful and tasty. Like our imagination which our civilization doesn’t understand that it is ALREADY the non-physical world. This is for the reason that the “other” Mother wants Coraline and feeds on her essence. I don’t use up mystical terms, sorry. Like the spider, the way is shown and the web is set.

As the story goes on, Coraline learns that when she falls asleep with her intent to go through the door or see the mice, she will. Tools like cheese or anything around will do it. This is a classical example of Astral Projection. Just look at the round window with the vortex at night. She doesn’t even notice it.

If people who are new to conscious dreaming won’t learn from this stop motion movie, then they will learn elsewhere that dreams are Astral Projections. Or that they are OBEs. All the words and metaphors are the same. You are conscious in the non-physical world. With practice. Many many years of hard work. You can bet how many people will learn about it.

A child’s mind is capable of understanding this much faster because indoctrination is still didn’t take place about what is normal or real. No matter how she tries to tell her experiences to her parents. It is not real for them.

The other Mother is not bound by time and her little place is a big ball of projection, like a planet. If not Coraline would be the main issue, then another child with a totally different world-setup that resembles his/her home. The main goal is to capture the naive child. This energy which is harvested then feeds her. I guess many children didn’t really think about these who know this movie haha. It is all about being brave and facing our fears. Don’t misunderstand me, dealing with fear is just one main goal in the movie and also in our sleep life.

This is the other aspect of why we have nightmares. Check the site for them. We need to face our fears and we are making it worse. Not that slowly but much faster. So the creators didn’t really capture the real nature of the non-physical world but it is a point-on, as a way simpler show. She is the first one who changes the whole game. No fake love, no key, no game. Her friend helps her too in unexpected ways but the double don’t survive. 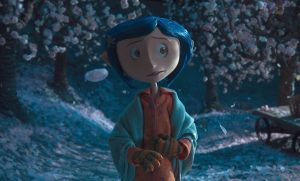 The non-physical world where Coraline slowly realizes the main goal

So in her experiences which are very real, it doesn’t fall off so fast what’s going on. But she is aware of the whole stuff from the beginning. While you keep yourself in the NP, you are going with the story. Even if you are totally aware that you are in another world, you will need to concentrate.

Look at Coraline and her mental capabilities. She understands what is going on but she rarely can comprehend the whole thing or the mechanics. This is a real issue in our world and society. Kids can’t understand this whole thing. Even adults have a hard time digesting that we are not our body and what dreams are in a thought responsive world. But you can read about these on the site.

Unfortunately, the creators didn’t really care about the fact that the non-physical turned out to be a trap that messes up the physical world when she can’t find her parents. I won’t really expand on this, this is just a movie. But she finds out that things are not right and the niceness has its own price. New eyes, right? Check the 3 pictures in the dining room on the wall or the lightning bolt outside in the rain.

The cat helps surely and in the end, it is a win situation but look at the clouds at the end and that the cat still goes into the non-physical on the signboard. These little snippets are interesting to see. Also look at the garden from the air, like Mother two’s face, skeleton. That place was a trap for a long time for kids. I didn’t mention everybody and their roles, watch the movie for it.

So, what should you take away from this movie? I enjoy it, I like it to sometimes watch it again. But certain stuff are not right when we try to understand it. Many aspects of dreaming (non-physical exploring) is messed up with Coraline’s daily life. Indeed our daily stuff can go with us but it is not necessary.

I guess this is a generalized fact-thing with a given story. A generalized dreaming “fact” and what a normal human being knows about it. Which is just nothing. In itself, the other Mother and her role is point-on. Like when I wrote about the Doctor Strange movie and how the creators didn’t take the effort to look deeply about what and how works in this world. Just entertainment but most people will get the worst basic ideas.

If you check the IMDB and the movie’s trivia board, you can find out more. The movie was made piece by piece and maybe one day, the story continues. If you watch the movie multiple times, you can always find out more small details that make sense. Well, at least you can do it in any other movie.

So, can the cat speak? Actually we don’t need language in the non-physical but the cat can do whatever you expect from him to do so.

I hope you enjoyed this article. Share the site please with your friends and learn a lot.