Reincarnation is a pretty confusing topic to a limited human mind. Indeed there are countless theories and fake assumptions from limited materialistic and objective thinking.

Mystics have this favorite notion to grab and sell “past life regressions” to people who are uneducated in this. Also, they are in fear and vulnerability. It is a fake thing. Well being self-educated in the topic is not something which you can buy in shops.

I may be wrong in some aspects and everybody believes what he/she wants to at the end. But I will try to give a pure insight, to show the subjective truth.

If we only observe what it means and according to what other people told us about this by most religions and mystical false assumptions, it is only boiling down to this: you are reborn again and again and again until you reach a certain “level” in anything. That is dumb. Life on both sides never ends. But I need to admit that we are surely developing always (maybe some people lol), that is maybe the only reality in this concept.

Many advanced NP travelers debunked this theory if not in 100% but almost fully, that this concept is a very very limited false assumption about how in a TIMELESS and ENDLESS Multiverse we use physical Universes to experience life from a limited and dualistic viewpoint to experience something which we can’t normally in the non-physical world.

We also call it “non-physical” because that is how we are thinking with a box mind. Almost everything which we learned in life from our childhood is false or useless. Almost anything – you realize it after gaining more awareness towards your “sleep life”. I know William Buhlman also likes to voice this issue how our world and what we learned is flawed but it is more like that.

If we try to think on the linear limited thinking, a simple human mind tries to grasp a linear timeframe concept as we tend to think here (ok not everybody, fortunately) and we think that there is some kind of beginning or ending like birth and death or before and after etc. It is completely not like that. Think about a timeless world. If you don’t have time to experience, nor a body or a race from the starting point, what is the meaning of a before and after this concept? It ONLY exists here as a reference, to categorize anything which we experience. You can do anything in the non-physical, eternity is Yours! The physical world is for restrictions and individuation!

Time is the same, we see time as a linear flow but it is rather jumping constantly between realities in and out without realizing it here and now, those are called probable realities and existing right here, all at the same time. There are many concepts about this one or maybe just a few but reincarnation is a highly limited misinterpreted understanding of a process which is very difficult to the most to wrap their minds around.

Why? Because religions, people, science, anything through the centuries told something which is enough ok to accept. Also people are kept in fear because of the “past life” concept, even today by mystics because it says you that you should pay back some kind of non-existent debt (karma lol) and/or you were this and that – totally ignoring and not knowing the parallel life fact – and that you were this person, now you should be hackish aware what you do etc. The list is very curved what is told to people for money and fear.

Don’t hang up on karma, it is a misleading concept, it is about your acts and consequences and dealing with them, accepting your responsibility. Just another fear machine to sell you. 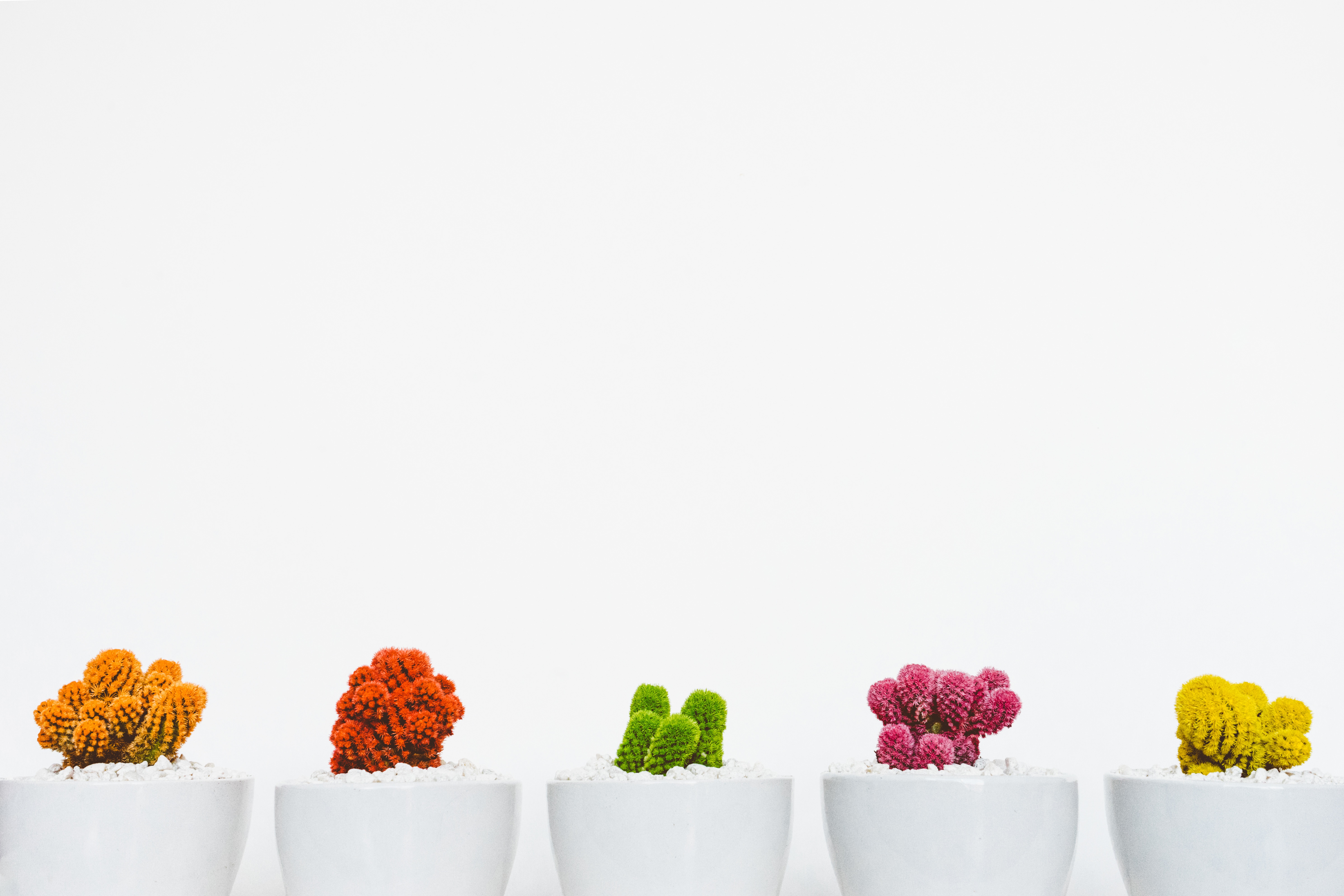 Even if reincarnation is partly true, it is parallel life surely and a fact also

Ok, it is a fact but for who? I admit that only those have access to real knowledge who did a deep dig enough in the material and the REAL facts, even mostly in first hand experiences, could be make sure that it is true. But you can experience parallel lives all the time if you wish for it intently by the nights or with various mind traveling methods: meditation, OBE, Phasing, Astral Projection, Lucid Dreams, anything, all the same.

Let me make it clear. If you’ve met somebody in the non-physical by any means and tools, who felt to be like you, furthermore you EXPERIENCED a past life being so real, having those memories and emotions, THAT WAS YOU in a wider sense. That character in THAT world and you as a character here and now in THIS world are NOT the same persons at all but you are both stemming from a bigger being which are the eternal you. This being is mislabeled so badly but I don’t mention it right now. This being is creating probes to experience physical life and yes YOU are doing it on another level of existence. You and that other version of you – the parallel self – are both coming from the same Essence but this Essence likes to play out every scenarios with every probable selves at the SAME time! Consciousness wants to explore, expand and develop from another viewpoint.

The Eternal Now in the vast Multiverse, the non-physical world

Yes, indeed, even here in the physical world we can live in the NOW as many sources and people are teaching it (many don’t have any idea why they are saying it without any real knowledge of the NP) but it takes effort. If we live in a messy life full of stress and tasks, we can’t just calm down and concentrate on being in the now. But I also realized that this now here what we experience linear timeframe (as our brains were washed out from birth), if we take a closer look how it is really working out, it is really just an illusion an as subjective as the non-physical. We only see that our body is aging, food is rotting, Sun revolves around Earth etc… we measure time by devices. It keeps the vast majority in a slave trap as going to work and almost everybody accepts this group construct.

In the other hand in the NP, time is meaningless, you may experience thousands of other lives at the same time. You see, this one physical life is not at all so serious, it IS a game. It is hard because this world is full of greed over money and fear and a few leads the masses… well people are the ones who give their power away but this place is a school for consciousness.

In other worlds, you may be an alien with a different body, maybe a slimey lifeform, anything really. Some are living on planets, maybe under water, maybe in outer space, it is limitless, only imagination takes boundaries. They are all forms for consciousness to expand and explore it’s potential. Some civilizations are far more advanced than us – it is not hard to imagine it lol.

My take and the big picture on Reincarnation vs. Parallel Lives in the same nutshell

It was really hard for me to think this over months after months, with first hand knowledge from the non-physical, talking with my parallel selves, other NP people in Focus 3 (Afterlife), pretty confusing topic IF you don’t drop the whole linear timeframe to the trashcan and think that all over again. The subjective thinking there is way different and not so restricted.
I met some people with whom I was flying in the air and through ceilings for example (I was the one who showed THEM how to do it but they ARE non-physical and not me, funny isn’t it?), so many of them didn’t even have any knowledge about time, they didn’t have the capability or experience to know what is THAT? Most of the so called “Afterlife” entities never were even physical.

If we imagine a simulation game like the popular and one of my favourites, The Sims games (mostly for example 2. and 3.) you may see that our lives are like that mostly. The player is the Essence (the full version of You) and the characters are doing the roleplay. Maybe we can use up any MMORPG games for this issue if it is easier. When those characters start, they start from a pre-given initial status, direct their life from birth with or without the help of the Essence and later on after death the knowledge is surely added to the fuller yourself. My take on this is that we are constantly jumping in and out these life games. Some are pretty hard and miserable and some are beautiful. Well it won’t take so much experience if you would always take the good side, right? That is for example why physical life is existing. You are experiencing a dualistic viewpoint.

What about memories BEFORE this life? I have still only partial infos but one thing is sure, our memories are directly repressed for the safety of not remembering who you are because many stuffs in your life is a test. How you solve your problems, how many times you choose love instead of fear. But it would be really bad if you would remember much more, it won’t serve the purpose of this life at all.
You see, why people are afraid of life and death? They don’t know even a thing, religions yay we love them, right? They don’t do any good rather then keeping the most in false hopes and fear.

I hope I helped to understand this.

6 thoughts on “The Real meaning of Reincarnation, a partly true conception”