Differences between an out of body experience and a dream, right? When I’m randomly reading posts on some of the main non-physical subjected sites from people who are still mixing up guesses with facts, it reminds me how the heck can’t people accept that having an OBE’s, Phasing, Lucid Dreams, Dreams, Projections etc are all the same.

What happens is that newbies (I was there too at the beginning of understanding the differences), they will question the realness of the experience. We are humans right now, we tend to question anything which doesn’t fit in our brainwashed or preconceived categories. Because we are highly misled according to that big bunch of false information about non-physical traveling which is all over the web.

The most won’t make deep investigations about how things work out. They call it this or that as objectifying what still they don’t know because of the box thinking. No problem, I will try to explain it an easy way, it IS easy to understand.

What is real and what is not? All ARE real, keep it in mind. People don’t feel some of them “real” because of the lack of experiences and development of understanding the multidimensional nature of them and of course elevating their average awareness. It is all about having a higher awareness level while you are asleep.

It takes practice and dedication. Once You wash off this objective thinking what is real and not, you will see that a whole new endless world is just beyond this realm.

Achieving an out of body experience is very difficult indeed. I think it won’t worth it if you have better tools. 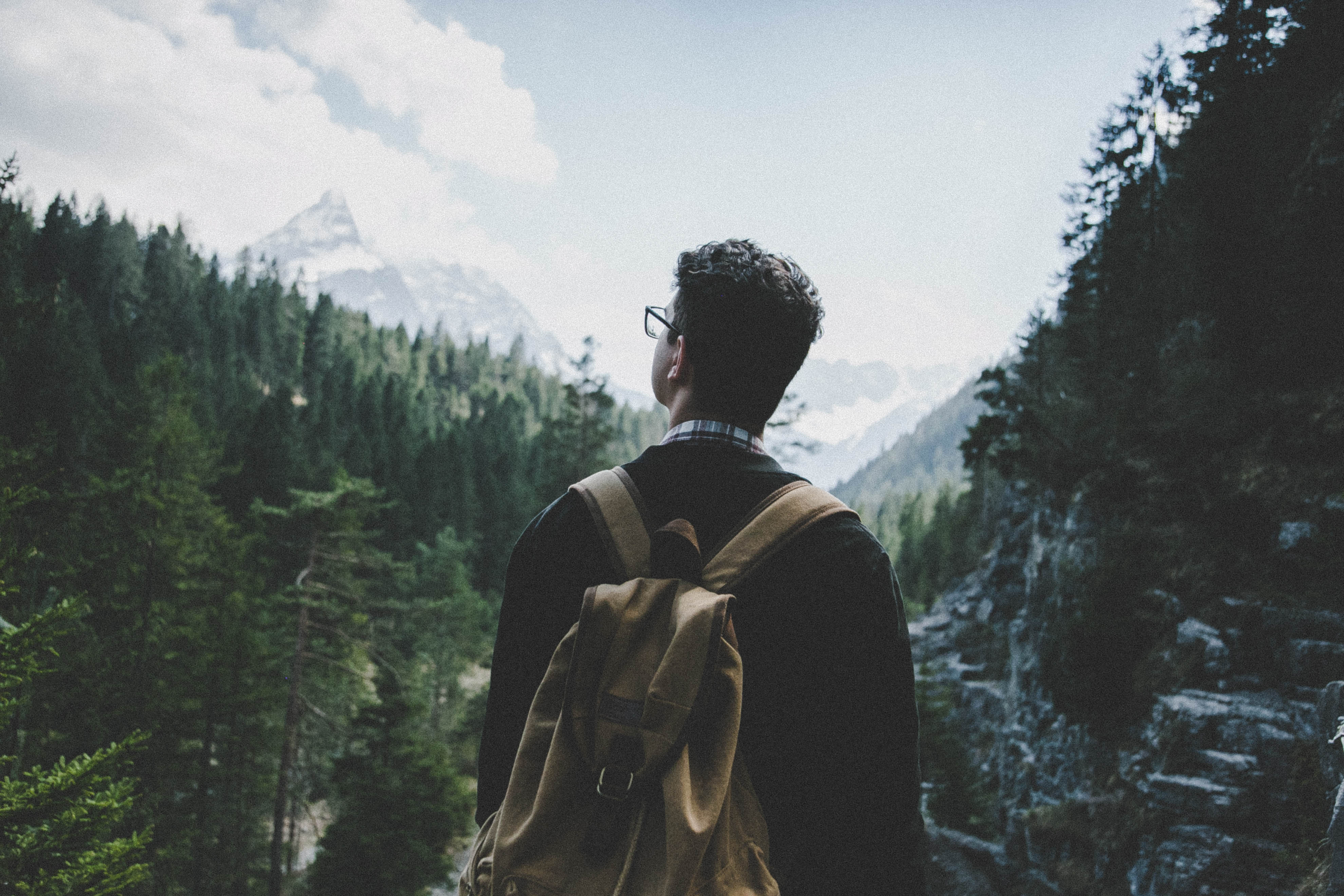 I know on forums some people will argue with the other group that they are not the same. People try to cling to the OBE aspect because that is what the most learned especially from following people. Like what Robert A. Monroe and the others were doing and teaching decades back and some are still teaching.

Is it cool to “leave” your body huh? Meanwhile, you were never in it. What happens is with successful OBErs is, they will make themselves believe that they can leave a body. That’s it, a strong belief. This is a physical body fixated approach.

OBE – Out of Body Experience

You are seemingly leaving a body, Advanced people have already figured it out that it is a copied representation of what people are expecting when they achieve this state.

They have a bunch of bodily sensations, rapid heartbeat, numbness, paralysis, etc. And they float away or jump out, roll out (they copy somebody who had his unique approach). Perception, that is what is differentiating it from the others.

The same with other sensations and with another label as you are traveling to the “Astral Realm”. Just a mystical BS. You go to the non-physical world as with any other tools. The control is as good as with OBE if you are good. Again, a different approach to the same mind travel.

This is people’s favorite. Well, it isn’t so different from OBE, we can call it the same as an OBE. We just call the non-physical world as “Astral world” and call the dimensions “Astral dimensions”.

A relatively recent label for the same phenomena, except that you won’t feel your body or having it’s presence many times. It comes from Monroe’s experiences again.

Sometimes, you can feel it and have a partial mind trip to another dimension, experiencing both. I felt it many times while I was in the non-physical. Some may feel the body, some may not.

Phasing means, you switch channels with your mind according to the Focus Model. It takes practice and it shows you, you were never in a body if you don’t think of it. And you don’t have frightening sensations or anything to stop exploring or practicing. It is harder of course and the reality frame changes are not so pretty dramatic.

Well it is just another approach to explore anything from the non-physical database. You can observe Real Time Zone structures near the physical world but it is not the physical anymore, but still have the connection.

The degree of own interpretation and other’s beliefs will interfere but still, it is almost physically seen. Just the closest layer, the extension of the physical world.

Simply put, you become aware that you are elsewhere rather than your physical world. The experience is still distorted and if you have strong intent being aware, it will be much much real with practice over time. You will see now maybe after dozens of this one that the non-physical is much real and free. It is just a step realizing, you are more than a physical somebody and the physical world is just one dumb reality from an endless selection.

LD’s are a little bit this and that to every people. In my opinion, if you are on maximum awareness, you will experience that the physical world (Focus 1) is just a pretty dumb illusion… yes it is.

It is controlled on both sides as you are the actor and maybe non-physical helpers are also testing you in the background. Btw the main concern with this type is that many gain awareness in a “dream” and they will do childish destructive things. Actually, people don’t realize that they tested by non-physical forces to grow up. They think that they are in a wonderland or in hell according to their dumb beliefs.

But the only issue here is as that you gain awareness to realize yourself.

A mostly known dumb label, again according to that the most people on this planet from huge brainwash and keeping them in dumbness are don’t know what it is. Just shake it off, it was “just a dream”, right?

The vast majority have it or not because their awareness is pretty low. The most just lay down to sleep, diving into unconsciousness, maybe the most don’t even have any scenes.

It is all about a bad civilizational habit. You are programmed yourself to stay blacked out for decades. Most people are just wandering aimlessly, releasing all their emotions and encountering fears. The most will live up a “physical life” without realizing that their secondary life was there all the time to grab it and develop in it.

Both, the physical and non-physical lives are equally important.

Why do people chase OBE all the time?

Wrong habits and misleading info all over the web, books, teachers etc. People are fashioned with this label “out” of “body” and it is cool. Meanwhile, they don’t know even a thing what are they doing if they are practicing it.

They stop the whole thing after they encountered their own fears in a thought responsive environment and stop doing it, calling it fake, a nightmare, anything. That is why people need to grow up.

The sad thing is that the 99,999% (who knows) are living up a whole life without knowing who they are or what is that world we came from as spirits. The physical world sucking everybody in with objectivity, materialism, and egoism. Of course, I don’t say that everybody needs to “awaken” to their true self. No, we are coming here to experience and play the game. It IS a hard and brutally controlled one.

So the main issue is, they want OBE because other wants to. People are copying each other all the time in every aspect of this civilization, like sheep. Not because they want to realize their multidimensional nature, no, they chase a fashion or addiction in every aspect of life.

Is it fun huh? Well it can be but the most just don’t have intention with achieving anything with it other than seeing the outer planets in the Real Time Zone or seeing other ET races, maybe pinch people, flying etc. This whole tool has the purpose to show people, how they are not physical characters but much more.

Look at my other post about being physical as an illusion here. People still have a hard time understanding it.

So why do people differentiate these states?

Because these labels are seemingly not the same for people with objective thinking. Many chases this road for a while, unsuccessfully or successfully and realize later that they had OBE/phasing/LDs etc in their whole life!

How? Just look at your dreams. With practice, you can elevate your average awareness in them before falling asleep from strong intent. You will see how you “projected” in your whole life without knowing it.

We are developing in all dimensions at the same time. Dreams are our connections to the Wider Reality. It tries to teach us to grow up and experience our true nature, not some hocus-pocus thingy. We are experiencing physical life right now because we chose to do it.

Many people who are now in their 40-50-60’s had a hard time, not even talking to anybody in their own family, that they could NP travel from early childhood and I know a few too.

One more thing comes into my mind here. Many people – even me too at the beginning – tried to achieve a phasing, projection IN a “dream” or LD. People are ALREADY in a projection as they are in “Dreamland” or in another dimension, ok let’s call it the non-physical.

You are already there. But we tend to categorize everything and that gives confusion.

For me, it was much easier to achieve it over my sleeps. I had LD’s all in my life but never thought they were in an endless homeworld, from where we came from. I was always curious of the why’s. Now you know about it. Enjoy it, you will find your best tool with time and practice.