Going further in the Focus Model, here comes Focus 2 state of consciousness. Maybe we can label it as Dreamland or the so-called “subconscious”. I divided it up to make more clear the Real Time Zone also here. Don’t take the whole model so strictly, it is just a pointer for understanding the system.

This part is a little bit tricky and amazing at the same time. Because this mind “area” is for functioning in the physical world. Mystics and mainstream media call it the “subconscious” but I have serious doubts that this belief construct is real. If we use accurate labels it is The Void, 3D blackness and Dreamland. Those are still labels from mediums and mystics after misunderstanding the mechanics. Also, the Transition Zone back to Focus 3 is here.

To make it clear, most of humanity dreams “here” unconsciously and they are separated from real non-physical places and entities because they are on the training ground. They need to learn even basic things and they hardly do.

Okay, in reality, there is no AFTER life because we are just existing in every level already and that’s what the model is about. We just have a primary intensive focus here and now. After death, we switch our primary focus to the non-physical world. The only problem from this end is that we still carry our physical baggage with us without releasing it.

Focus 2 is a programmable mind area so to speak. Each of us has a unique one which is only individual and have no limits. Like in a Server terminal where you have individual memory storage.

We, on a larger scale constructed this “place” to use it for creating and creative work in the physical, Focus 1. It functions as a buffer zone in any meanings like our memories, the energy comes from here to the physical. We can say, it is a barrier between F1 and F3. It takes years and decades even for Astral Projectors to break through and see that there are no real limits. Just necessary ones which we need to tune into.

The Dreamland for the most

This state contains the famous 3D Blackness where instant thought becomes reality and it is also the so-called Void. The Void connects eventually this focus level with the entrance to the Focus 3, where “people” continue to live their lives after they did the exit as we know by “death”. So eventually it leads you to the “Transition Zone” and to Focus 3.

And mostly, the vast majority are dreaming “here” at this level of their mind. Not a place really but another channel of their existence. It has individual areas but other entities can interact with you. You can smoothly change realities also to Focus 3. That is why some people like me can walk in existing other worlds. You don’t just have a huge effect when you do it, everything is already there.

Practiced people could enter this mind state from meditation and can experience the endless 3D blackness, which is already a non-physical world so to speak. And they can create many many thought forms also with or without intention. Or just float in peaceful blackness.

When we “die” in Focus 1, we gather what we saved on this Focus level and bringing back to Focus 3. Because this is what we are all, what we thought, created, beliefs, likes and dislikes etc. This is very dangerous also… if you were a certain person here in F1, you won’t change suddenly when you returned there. Quadrillions are slaves of their own beliefs and emotions without control or want to change. This is how free will works, we are allowed to do whatever we want to.

It made me struggle and still have doubts about the validity of an existing subconscious concept. It is told people since I guess thousands of years that you have that unconscious mind which is running in the background. And if you have life problems, you must blame that and change your thoughts. I’m not 100% sure that anybody is right about it. And believing what some stupid research says won’t reveal a thing. Our world tries to measure things objectively.

The fact that regressionist could talk with people’s subconscious in hypnosis, proves that you have serious belief constructs which could speak as an individual through you! Not the other way. So some of them could become a personified self-fulfilling character. I touched this topic later.

This SC stuff doesn’t deserve more because it is pure speculation from our world. We need to find it out how it works first hand.

Note that this is not proven by me and it isn’t a strict rule or law. But it can be true for many people. Again, this is something what others should convince themselves with effort.

When we live our life here, we are manifesting everything from an unknown “place”. Things and concepts are not appearing up suddenly from anywhere without any cause in the physical. They need to solidify from thought energy. They need linear time to come here and not the way how “LAW” of attraction goes.

You can experiment with a certain mix of beliefs, thoughts, emotions and visual input daily until you see some effects forming up in your daily life. In short, if you can’t imagine it, you can’t experience it. People don’t get this.

Every physical object, concept, structure, even belief constructs are stemming from the non-physical. In this case from Focus 2 mind state. Not the other way. That’s why the physical is an end result. The energy is building up, taking form until it is created on this side.

We can do it in Dreamland also but it takes effort and practice to do it consciously. Some people can do it. 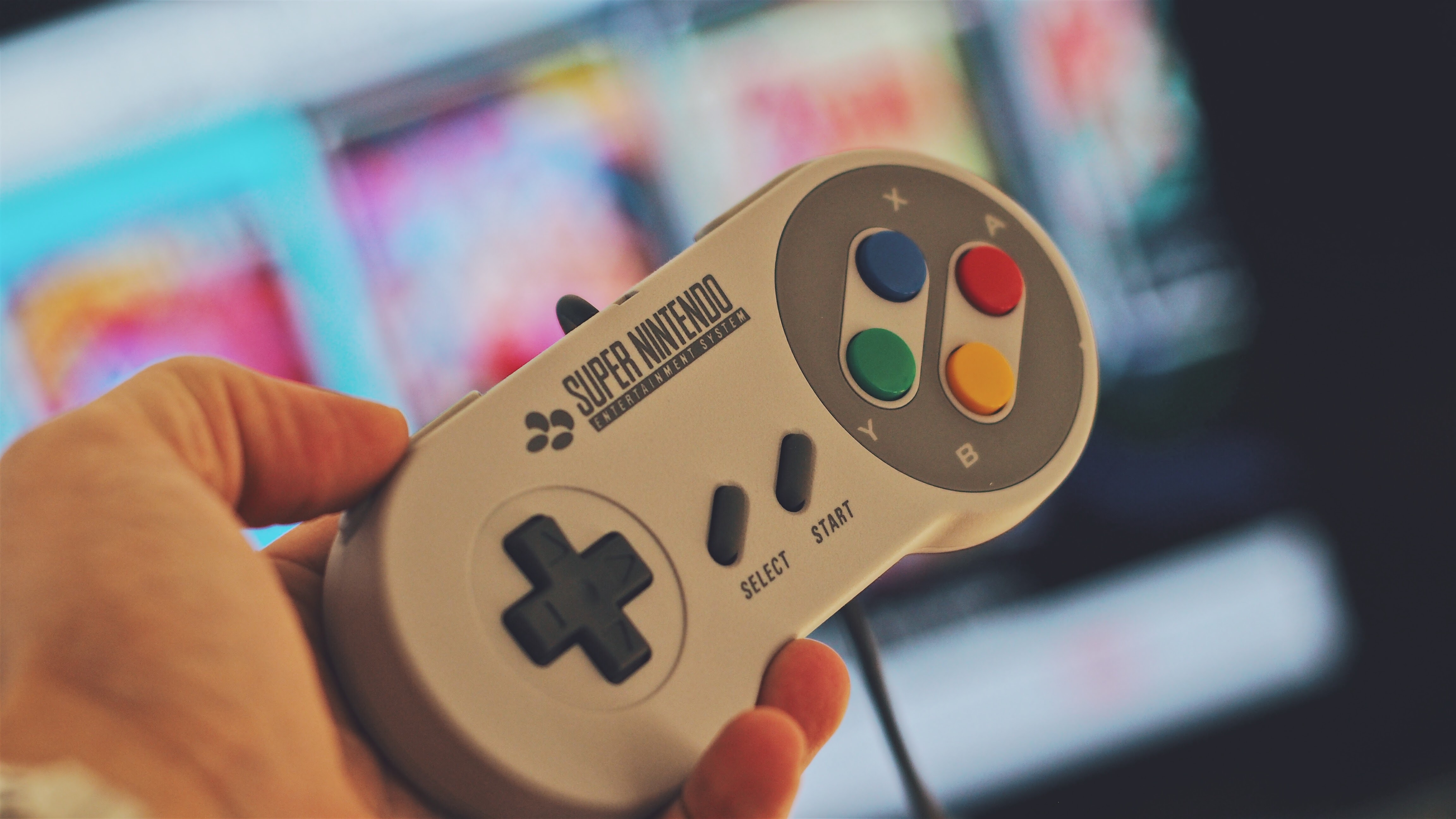 We are mostly dreaming in Focus 2, it is the Dreamland

So basically you are still in your own mind, a different perspective in a different “dimension” and your physical body is on automatic sleep, on autopilot. You are not in your head and never been. This in itself proves that consciousness continues to exist elsewhere, it is eternal and pure energy. The whole Focus Model says we are already on many levels and we are focusing a tiny fraction from our total being into this world. We are already in countless systems in other forms.

I should mention the Void and the 3D blackness here but they are just part of this mind state, nothing interesting, parts of the structure. Labels for the same place. If you manage to project your mind into Focus 2, you can experience them.

Thoughts, Emotions, Beliefs (mostly beliefs) which can be a pain

Suprise, they are “stored” in F2. If you have those, they are very real and make you up as a person. You can change them if you want to. They will create your physical reality and experiences, many times. Some people experience some in maybe some minutes but many changed beliefs maybe having effect after weeks and months.

Actually, it is more accurate to state from me that your perception creates, not beliefs. A slight difference but it does that. You can use your perception of the same thing this way or that way. But the actual thing won’t change just because you are believing it a certain way. In our reality. This rule doesn’t apply for the NP.

I can’t prove it even to myself and both sides are killing each other with do you block yourself or not. If you repeat self-suggestions about a continuous life situation, you are keeping it solid on the other hand.

The future is probabilistic

Okay, the future is also manifested here. There is NO FUTURE. It is a concept which we made up to understand linear time in Focus 1. In the non-physical, there is no time also so entities there only see probabilities and experiencing constant eternal NOW. Selecting and planning physical world life is also selecting an actual starting point in that actual physical world’s timeline. You select timelines of a given reality and civilization. Well, if you don’t understand this, look at it as an ongoing simulation in a given timeline.

Even in Dreamland, while experiencing probable events in the near future is possible. But many times it can’t happen because it is just a probable outcome.

Future is made up purely of probabilities. Future IS a probability and you are creating it by your thoughts, choices. It is never set in stone. Understanding this you may understand manifesting too and that how people could hang up on the concept of “future is set in stone” BS.

It could be, manifestation is a new age thing again but we are always doing it throughout our life. And NOT the way it is stated in belief systems. After leaving Focus 2 or after our physical death here in F1, we change primary focus and “return” to the non-physical to Focus 3.

I wanted to make sure that I add this into the whole picture to not confuse anybody: the whole Focus Model is one thing but keep it in mind that this is a relatively mechanical representation of how the whole system works from any perspective. It gives a solid foundation and I stated this many times.

Those Focus States are mind attention channels. Focus 2 could be a little bit confusing after you see how it works, especially using it as we are living in the physical world. Instead of grabbing the working side, try to observe your beliefs and change them to get results.