Friends are very useful on both sides of a friendship and we are pleased to meet nice people over our decades here on Earth. Some people have best friends or many many pals but friends are only guides as those non-physical ones are in the NP. All relationships are for a certain purpose in life.

Many people can’t stay alone to enjoy themselves, or they have a huge ego, maybe a huge void in their “soul”. They have many pals but not true friends. No matter how we see this issue, friends are there for a certain purpose.

We are all doing this teaching-learning thing to each other. Same for love relationships and marriages. Once the task is over, the connection is over too. Even if it is painful. The problem comes when the most are emotionally attached to the other one and can’t let go.

Why do you have so many pals?

The answer will be a little bit harsh but because you can’t enjoy yourself alone and don’t want to, maybe. You didn’t accept yourself fully ever and can’t give so much love towards others AFTER yourself.

People like to defend themselves that they just enjoy being with friends but they are really just pals. Meaning that maybe you can count on them, their help at hard times. And being antisocial is not this one, only a label. Antisocial means, he/she can’t fit in the actual society. Forget this word.

It is also a normal thing. Once somebody learned how our world works and how people behave, being antisocial is a good thing. People who can’t let go others will label you like that. Or because you don’t want to follow the same nonsense rules just like the masses. 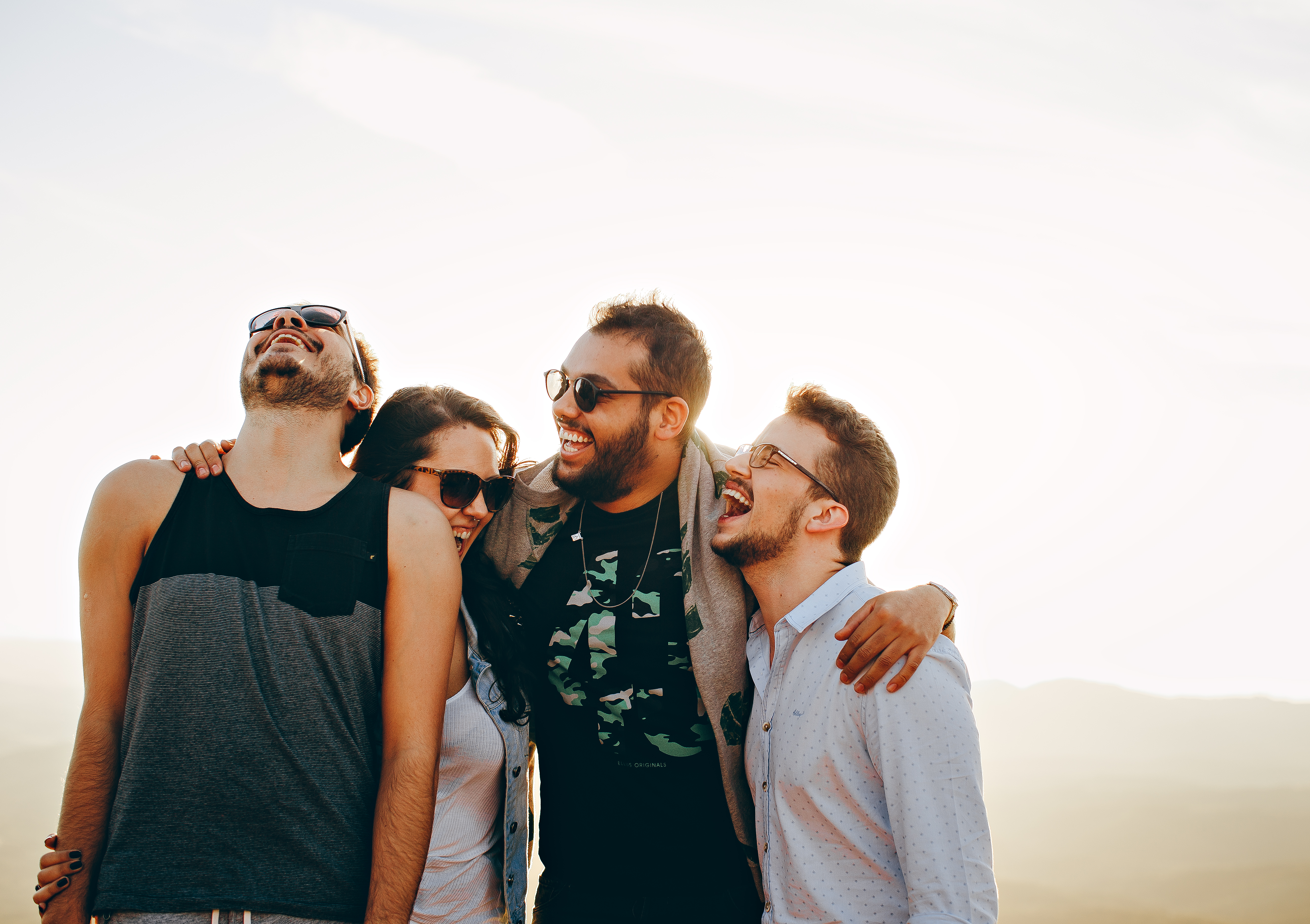 Friends and pals are two different categories in my opinion. We have maybe a few true friends in life but we could have dozens of pals, who are kept only for some issues. Playing with something together, going to chat sometimes, do things in crowds, places etc. Pals are, like you just can’t stay alone on your butt like people are running away from themselves.

I knew just many many people in my life and never understood this attitude until I realized what this is all about from a subjective perspective. You meet people, it is unavoidable here on this planet normally.

You make pals and friendships but they are rarely for a lifetime. And if it is, it serves a purpose to both parties. Pals are only for having some people in your bubble to feel comfortable. The most won’t ever admit that they are addicted to others.

Some people are just highly egoistic and they are shining their egos with the dozens of different pals, so-called “friends”. They can’t really realize that they are doing this because they just have a huge ego and trying to prove that they are right in just everything – even if they are not. No problem, we are all learning on our own from these, I don’t judge.

These people are just shaking hands and saying hello to just everybody, which is sucks if you see this on first hand. I know and knew many of these too, it was interesting to notice these behaviors. But it is so fake and self-fooling. And I’m not labeling anybody, it is not my job here.

People who are trying to be pals with everybody and knowing the whole local city is I think not a good thing in the long run. Some may defend themselves that they “like” people. Sure, we can like each other.

Why do you have friends?

Friends are the best connections in life besides relationships with love. We certainly need them at some point or almost forever. We need help sometimes, we need to have some fun with somebody, we just need to talk to somebody who will hear our words and may help.

Well, my friendships were only okay on my side after the initial years in many cases, I never understood it in recent years. Some of them were lasting for 10-15 years, it was good and suddenly they just disappeared. Huge blocks (towards them) came out of nowhere and I just didn’t have any idea what happened to those people that they are acting differently. I outgrew them! That is the hard truth.

They didn’t change even a bit, doing the same BS over and over again in their life. They became the toxic part. If you try to force them, reestablishing a friendship, you will get hurt.

So friends are absolutely good, we are guiding each other through life until the connection doesn’t serve the original purpose anymore. That hurts surely but we should leave them alone and vice versa.

Don’t forget, we are experiencing here, this is just a seemingly “real” game. But many people are still attached to an “ex” or a friend. It is toxic. People can’t let go of the other one because the most are emotionally immature.

What causes to lose strong connections?

Well before I started to learn about multidimensional self-development (before that I did it from birth) in the non-physical and between the two worlds, I had no idea why it is necessary to lose good friends. I mean really really good ones. But it goes as a plan for your own safety behind the scenes.

Some of them have lasted for some weeks for me also but everybody experiences this phenomenon. Until later I learned that friends are only for a certain purpose. If you deeply don’t need them, chances are, you will be very much ok on your own, like me. I guess that is a deep “spiritual” achievement to reach. I was partly always this type and I like it. That’s the main core of me.

So friends and pals are acting here just like non-physical guides in the NP. They serve a purpose: learn and grow, plus support. This is given to both sides of course. When you experience an almost sudden block in your relationships, two choices are given. You try to talk that out or just leave that one alone. No other ways.

Don’t try to even force your relationship to heal itself by arguing, you will suffer. It is over since a while, you just didn’t notice it. You try to emotionally attach yourself.

What happened is, you just outgrew that relationship and you are away ahead spiritually/non-physically on your own way. That’s all. You are on another track. The vast majority is just stagnating or slowly moving upwards on their own ladder. That is not a problem until people drag down other people with life goals. If you are pulled back, you will suffer.

People appreciate materialism and lies. Well, most of the people are underdeveloped in emotions and compassion.

That is almost the same but with another strong aspect, love and rely on each other, making compromises/consensus between each other. Experiencing the deepest non-physical forces, maybe having kids as a bonus (or curse lol).

We should admit, not every love relationships are lasting until elderly age, just a very very few. In today’s world, it is all about safety, money, carrier and being afraid. True love is not experienced in the vast majority, it is just a fashion to many. Marriages also don’t contain true love, it is a fact. It’s all about the money and facade.

But if true love and your perfect partner is given, you may experience it for only a few years, some decades. It was meant only to experience it, enjoy it and don’t try to understand a deeper meaning! One of the best things in life, in my opinion, is to find somebody with whom you will be in the clouds seemingly forever.

If it lasts for decades or until death, it’s better for some but don’t ever try to follow her/him and suffer because the connection is seemingly gone – it is on another level. I mean, don’t torment yourself, it doesn’t worth it. Don’t believe me, see it for yourself.

But keep it in mind, we came alone here to this life simulation, we are going back to the non-physical with a pack of tricks (Robert A. Monroe). We need to let other’s go on their own way of course. It was fun and good when those lasted.

We guard those pretty memories forever and added to our experiences and inner being. Enjoy these connections until they are gone. Eventually, we return back to our true home and to our non-physical friends.